The photographs in this group were taken mostly more than 100 years ago, and they include postcards which were very popular at the time and of which there are many of Biddenham. If you have any you could share with us, please do contact us. Scroll over the pictures for details of their location in the village:

But we don’t know yet where in the village these next two photographs were taken – can you help? Most suggestions so far favour King’s Corner for the picture on the left. 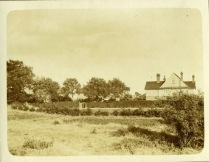 The next group of photographs is from a brochure produced in the late 1950s for the development of the Biddenham Turn Estate, what we know now as Darlow Drive and Elger Close:

Some more views of old Biddenham on postcards: 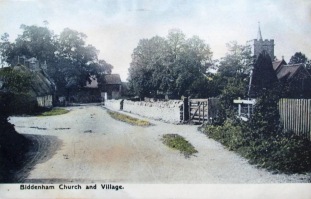 A different type of postcard from the 1940s

Another collection of old photos of the village, again many on postcards (with thanks too to John Wainwright): 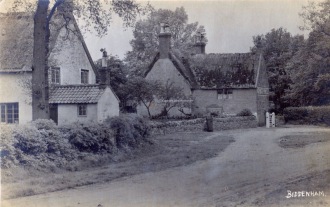 And round and about:

Probably not in the village but in Queen’s Park, the dairy was based in Bromham Road:

2 thoughts on “Pictures of Biddenham past”